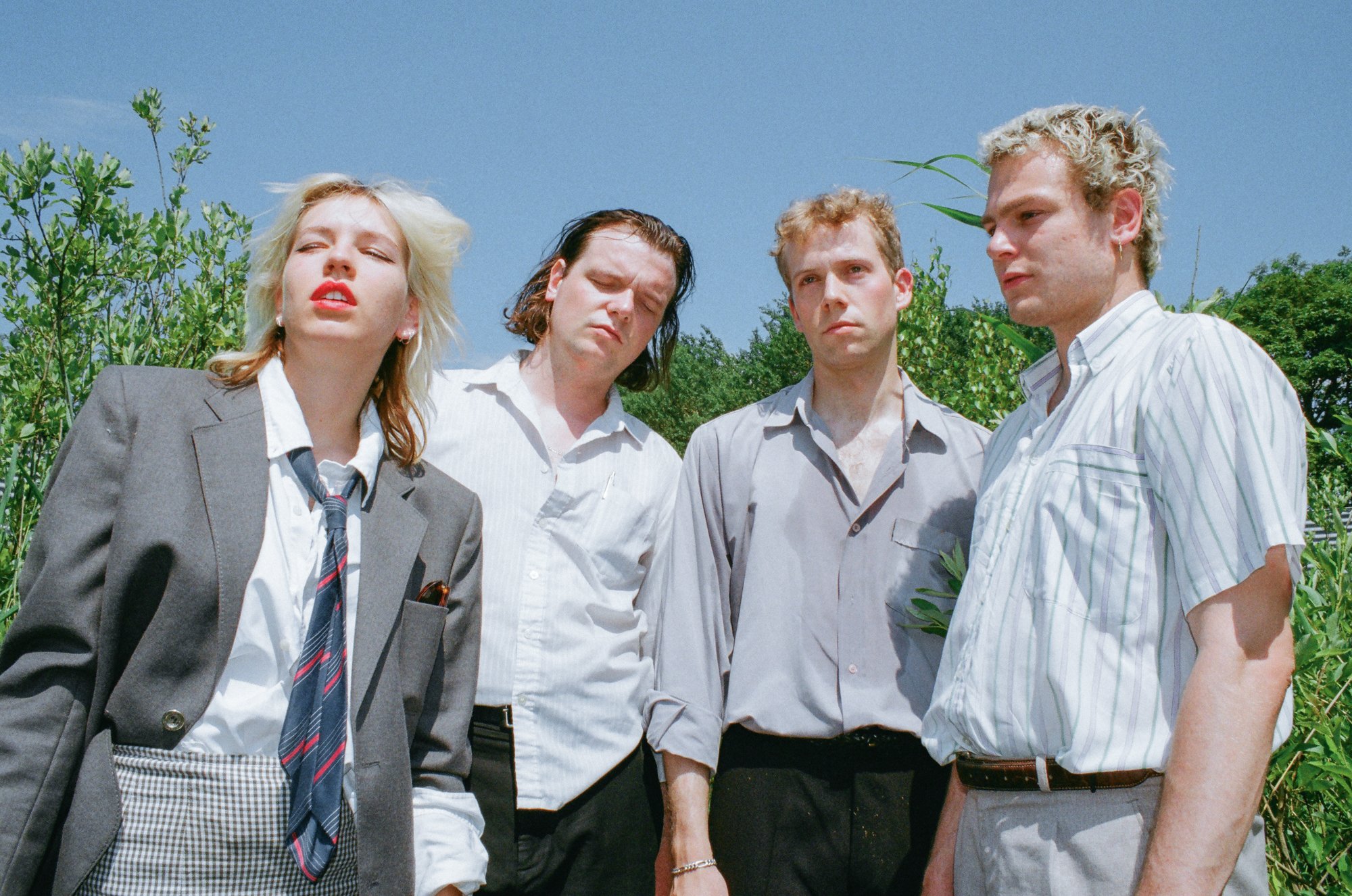 On their  debut album ‘Mediocre, brutal’ (Subroutine Records) the Amsterdam based post- punk quartet explore the monotony of daily routines, survival of the dullest kind; because boring is intense. Fuelled by the lingering energy of repetitive rhythm, wayward guitars wash away the dead taste of vending machine coffee, breaking free from frustration with sharp jolts. Lyrics about cutlery and new coats blend with Global Charming’s lean compositions, marked by playful synths and percussion.

The group, made up of familiar figures in the Dutch underground scene as musicians, record producers and visual artists, recorded the album at Schenk Studio, Amsterdam. Debut ‘Mediocre, brutal’ was self-produced and mixed by Mikey Young.

“Warmly familiar yet difficult to pin down, the album’s sound will likely be of huge interest to music lovers who’ve dug through the likes of Modern Lovers, Parquet Courts, and The Cool Greenhouse.”
– Louder than War 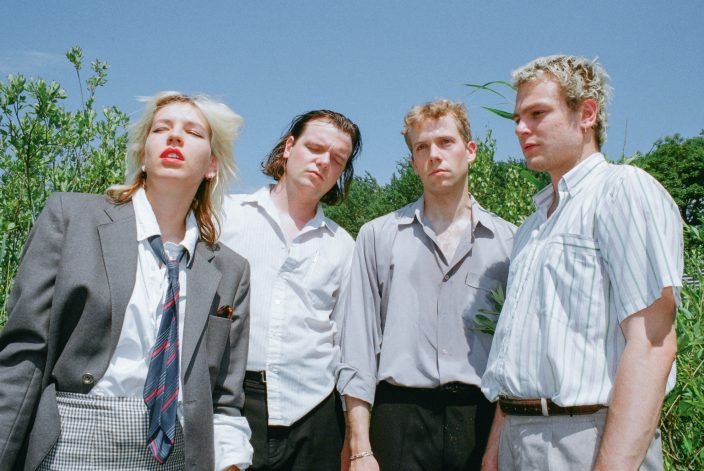