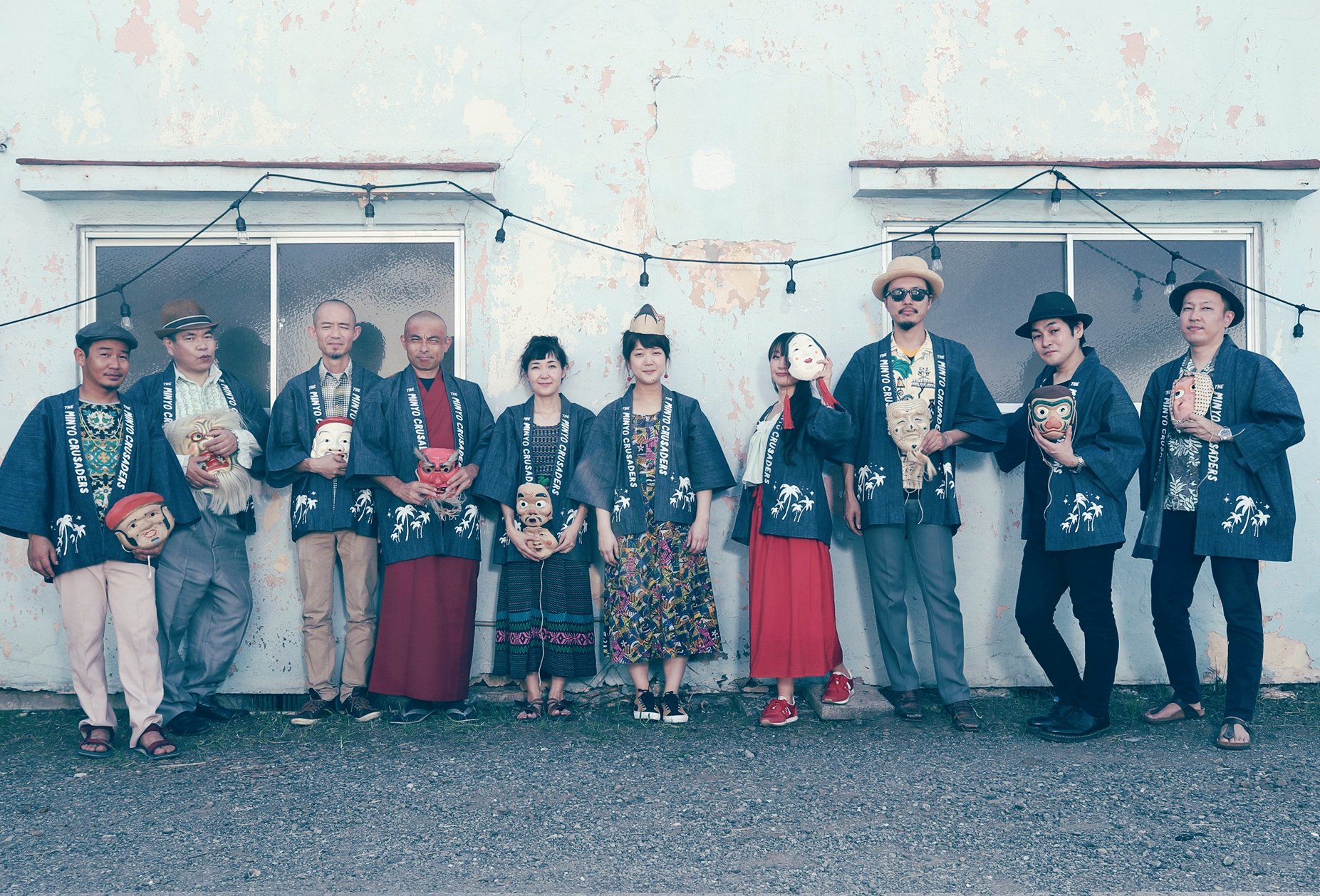 Recent releases from Ryuichi Sakamoto, Haruomi Hosono and Midori Takada have re-ignited global interest in Japanese music and with Ry Cooder, Mario Galeano (Ondatrópica/Frente Cumbeiro) and Clap! Clap! already fans of the ten-piece, “Echoes of Japan” marksthe arrival of a big band like no other, where distinctive min’yō vocals glide over grooves that join the dots between cumbia, Ethiopian jazz, Thai pop, Afro funk and reggae.

Initially indifferent to min’yō, a tragic event in recent Japanese history set Tanaka on his current path: “Following the Tohoku earthquake of 2011, I reflected on my life, work and identity. A fan of world music, I began searching for Japanese roots music I could identify with. Discovering mid-late 20thcentury acts Hibari Misora, Chiemi Eri and the Tokyo Cuban Boys, I was captivated by their eccentric arrangements and how they mixed min’yō with Latin and jazz.”Freddie fell for min’yō after hearing a song from his hometown on a TV competition whilst in a restaurant. It was a revelation –until then he had been an aspiring jazz singer yet was uncomfortable singing in English. The restaurateur told him a min’yō teacher was his neighbour and the rest is history.

Originally sung by fishermen (Kushimoto Bushi; Mamurogawa Ondo), coal miners (Tanko Bushi) and sumo wrestlers (Sumo Jinku), these songs deal with topics such as the returning spirits of ancestors (Hohai Bushi), Japan’s smallest bird (Toichin Bushi) and a bride’s undying love for her husband’s pockmarked face (Otemoyan),evoking nostalgia for a forgotten Japan. “As a traditional performing art, min’yō is considered highbrow, yet these are mainly songs for working, dancing or drinking -we want to return them to their literal meaning as ‘songs of the people’ ”.

In the late 90s Tanaka moved to Fussa, a city in western Tokyo steeped in counter-culture folklore as the home of Eiichi Ohtaki of Japanese rock band Happy End. Tanaka met Tsukamoto playing in a session band where the latter was singing soul. Aware that Freddie’s true passion was min’yō, Tanaka asked him to form a band to revive this style. They invited other musicians such as local drumming legend Sono and for the first few years played low-key shows yet a turning point came when bassist DADDY U, a veteran of the Tokyo roots music sceneand the respected Ska Flames, joined. Through him they met keyboard player Moe, the leader of spiritual Caribbean jazz band Kidlat; sax player KoichiroOsawa, a member of Japanese-reggae/skagroups Matt Sounds and J.J. Session and regular pick-up for reggae musicians visiting Japan; trumpeter Yamauchi Stephan, also a member of J.J. Session; percussionist Mutsumi Kobayashi of Tokyo’s cumbia Banda de la Mumbia; Irochi, conga player with Afro Cuban band Cubatumb and vocalist Meg, a member of respected tropical DJ collective Tokyo Sabroso. Since then they have become a fixture on the Tokyo music scene and went national in 2018 through festivals such as Fuji Rock.

With songs encouraging dancing and drinking, the Crusaders are on a mission to bring “highbrow” min’yō back to it’s “lowlife” roots -whilst also bringing traditional Japanese music onto the global music stage: “The point is to avoid making it too complicated” adds Tanaka, “since min’yō isfor everyday people.” 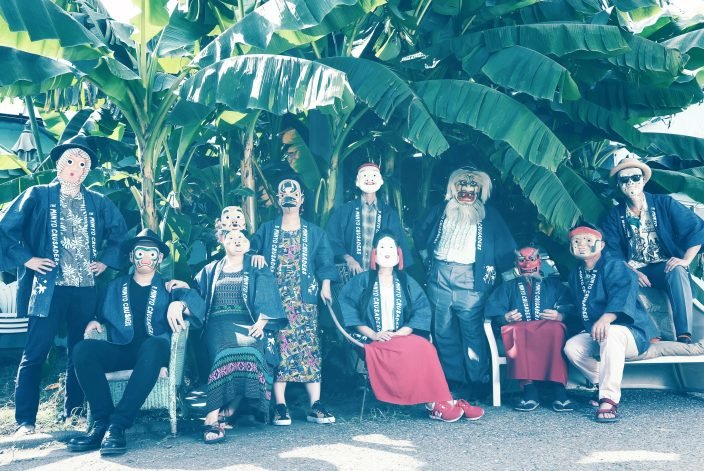 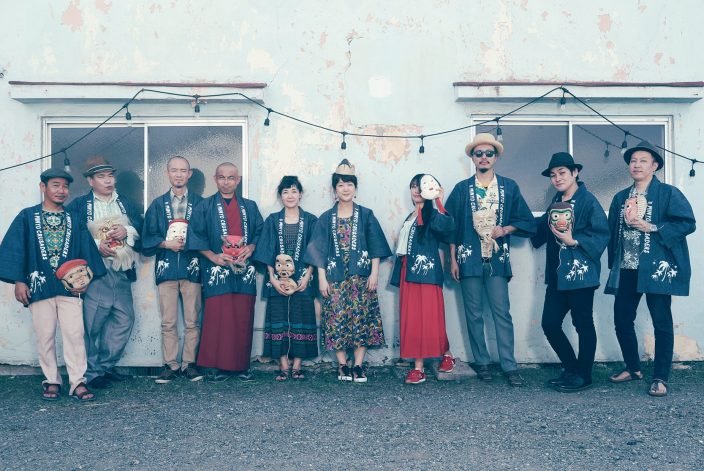