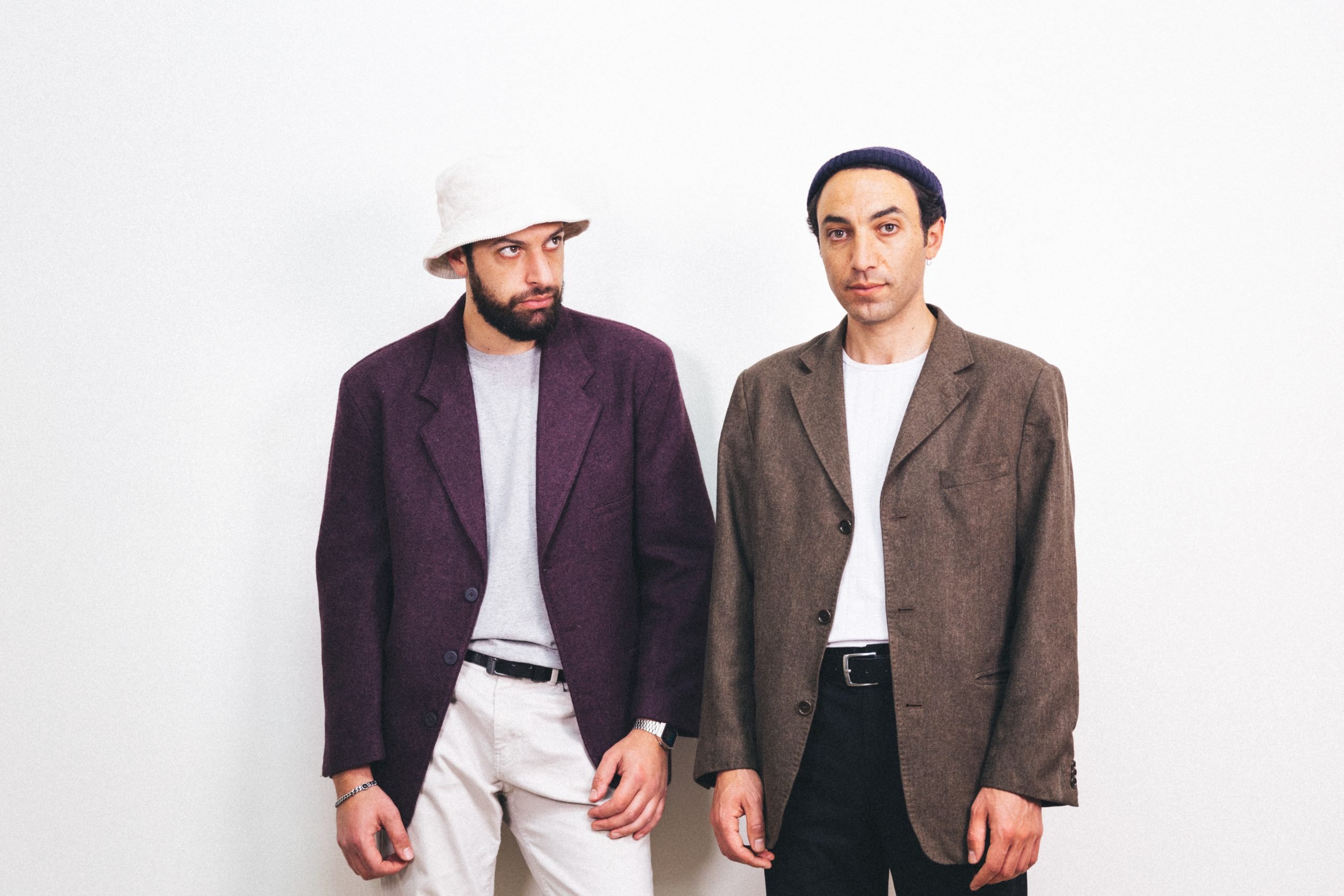 It’s 1980. You’re in a disco, maybe in Beirut or Cairo, almost anywhere in the Middle East, lost in the colours and the lights, overwhelmed by the sound of drum machines and keyboards. It’s heady, it’s beautiful…but those days are long gone; maybe they were only ever just a fantasy. Real or not, they provide the inspiration for Migrant Birds, the new synth-powered album from TootArd that takes them to the dancefloor, about as far from the spare, guitar-driven desert blues of their highly touted Glitterbeat debut Laissez Passer, as it’s possible to go.

“After that record, Rami and I started listening to different things, dance music and old disco,” explains keyboard player and guitarist Hasan Nakhleh. “When we were little, we had compilations of 80s hits that we played over and over. We didn’t know the artists, but we knew all the melodies and harmonies. A lot of that was dance music. Back then, our family had an Arabic synthesizer with the quarter-tones, called a PSR-62, Oriental Model that I loved to play as a kid. My family still has a similar one. I bought an Oriental and began messing around. That was how Migrant Birds was born.”

The 80s may be the catalyst, with the glittering, hedonistic party vibe. But the real roots of the music here run deeper, to musicians like keyboardist Magdi al-Husseini and Ihsan Al-Munzer, who were the first to introduce synthesizers to the Arabic classical style, or Omar Khorshid, who pioneered the addition of electric guitar and worked with the legendary Umm Kulthum. They brought Arabic music firmly into the modern age.

“They were definitely big influences on me,” Nakhleh says, “I write to carry on and do more with the sounds they brought.” Migrant Birds winds all those strands from the past together into a very intricately-crafted whole with a full sound. While Nakhleh plays synthesizer on every track, he doesn’t completely ignore the guitar that was his trademark for so long. It’s there, but this time buried below the surface to bolster the rhythm, while the drums, played again by Nakhleh’s brother and co-conspirator Rami, are a carefully layered mix of machine and kit.

And under the beats and the joy, there’s a dark contrast, a sorrow that casts its shadow all across the lyrics.

“There’s a melancholic feeling to the writing,” Nakhleh agrees. ‘The subjects are darker. Arabs are people who have boiling emotions, they write sad love songs. Maybe it’s how we cope, to try and understand the struggle.”

The album’s heart is simple idea – freedom; of being those Migrant Birds and flying away. But perhaps that’s as natural as breathing for people who remain officially “undefined” and stateless. Those who are born in the occupied Golan Heights – like the Nakhleh brothers – have no passport, depending instead on a document called a laissez passer to be able to cross borders. It is a situation that has existed since the late 1960’s when Israel took control of the region.

“We talked about birds migrating, and it began as something political,” Nakhleh recalls. “It grew into more – social, love, freedom and women, queer freedom. I left my village on the Golan Heights when I was 19, went to Jerusalem, then Haifa, before I moved to Europe six years ago. That’s going for freedom. We’re the migrant birds looking for find ourselves. But our parents are still back in the village and their life isn’t ours any longer.”

That feeling of leaving, of knowing the emotional distance from where you began, is perfectly captured in “Wanderlust” with its Kerouac images of existing on the road: now let the car count the miles, I’ve got my cup of coffee/Driven for a far unknown challenge, I shall never find my way back home.

In “Babe,” the thoughts of escape come from an Arabic woman, desperate to flee her dominant husband: Oh my love/ You are soft as a tank/ So narrow has become our universe… I swear I will fly away with a balloon/ Abandon my husband and country.

That sadness which ripples through the lyrics is a perfect fit with the album’s two slower tracks, “Ya Ghali” and the stately closer, “Remote Love.” Both look back on beauty with warmth, from a place where “love turns into memory.” It’s another kind of flight, a freedom from the past. But “we tried to do something new for our audience,” Nakhleh admits, “some soft, slow-down dance tracks. It’s another facet of the emotions here.”

All through Migrant Birds, the focus is on songs that have plenty to say. Only one is an instrumental, the enigmatically-titled “Stone Heap of the Wild Cat.” It’s the name given to Rujm el-Hiri, a megalithic stone monument on the Golan Heights, as old as Stonehenge, close to where the Nakhleh brothers grew up. A glance over the shoulder from a distance.

While proudly rooted in the Middle East, Migrant Birds is infectious and globally accessible. But, Nakhleh notes, it was always meant to be “a basic pop concept, keeping the songs short and well-produced. A lot of that comes from the 80s Lebanese and Egyptian influence. If I wrote a straight Arabic melody, more like classical music, it would be too long for many people. This keeps the flavour, but it appeals to a broader audience.”

Live the songs will stretch out longer and will be buoyed by a full band. At gigs and festivals across Europe, Nakhleh will strap on the guitar he built with extra frets and take some soloes. He also hopes that in 2021, TootArd will be able to play all across the Middle East for the first time.

“There are around 22 Arab countries, and we’ve only been able to make it to four of them so far,” he says. “But we haven’t been able to tour anywhere else in the region because all we have are laissez passers. It’s a crazy situation. But next year I can become a Swiss citizen. For the first time in my life, I’ll have a proper passport.”

Then TootArd will be free to fly away wherever they choose. Until then, though, the Migrant Birds can fill the dancefloors.

“A love letter to the PSR-62 Oriental, the sythnesiser whose quarter tones and popping drum sounds fuelled 1980s dance floors from Beirut to the Gulf.” **** Financial Times

“The catchy pop hooks and machine beats layered with Arabic quarter-tone melodies evoke the hedonistic dance floors of Cairo or Beirut in the 1980s – although that’s only half the story. Underneath the frothy confection lie darker lyrics about exile and statelessness.” Uncut

“This second offering from TootArd […] is as refreshing as it is stirringly authentic …Theirs is intelligent, culturally affirming songwriting that’s free from commercial imperatives, with Levantine canon modalities explored and lovingly modulated with contemporary shifting tempos and unexpected instrumental tonalities.” **** Morning Star 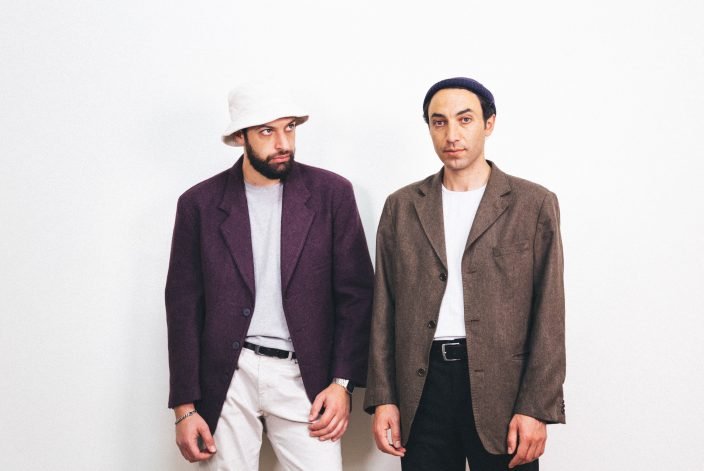 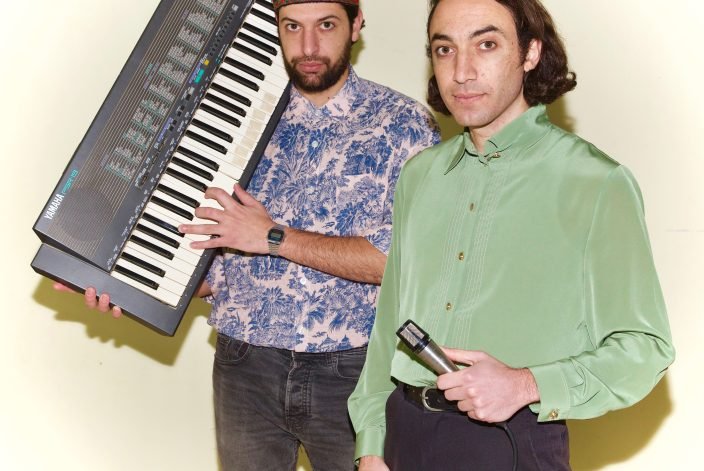 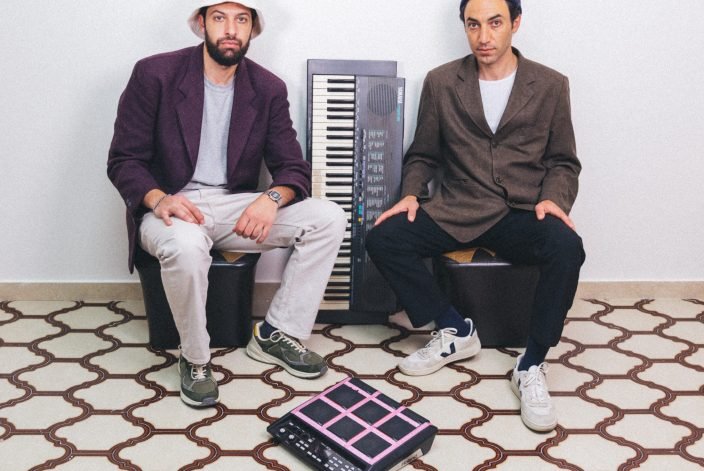