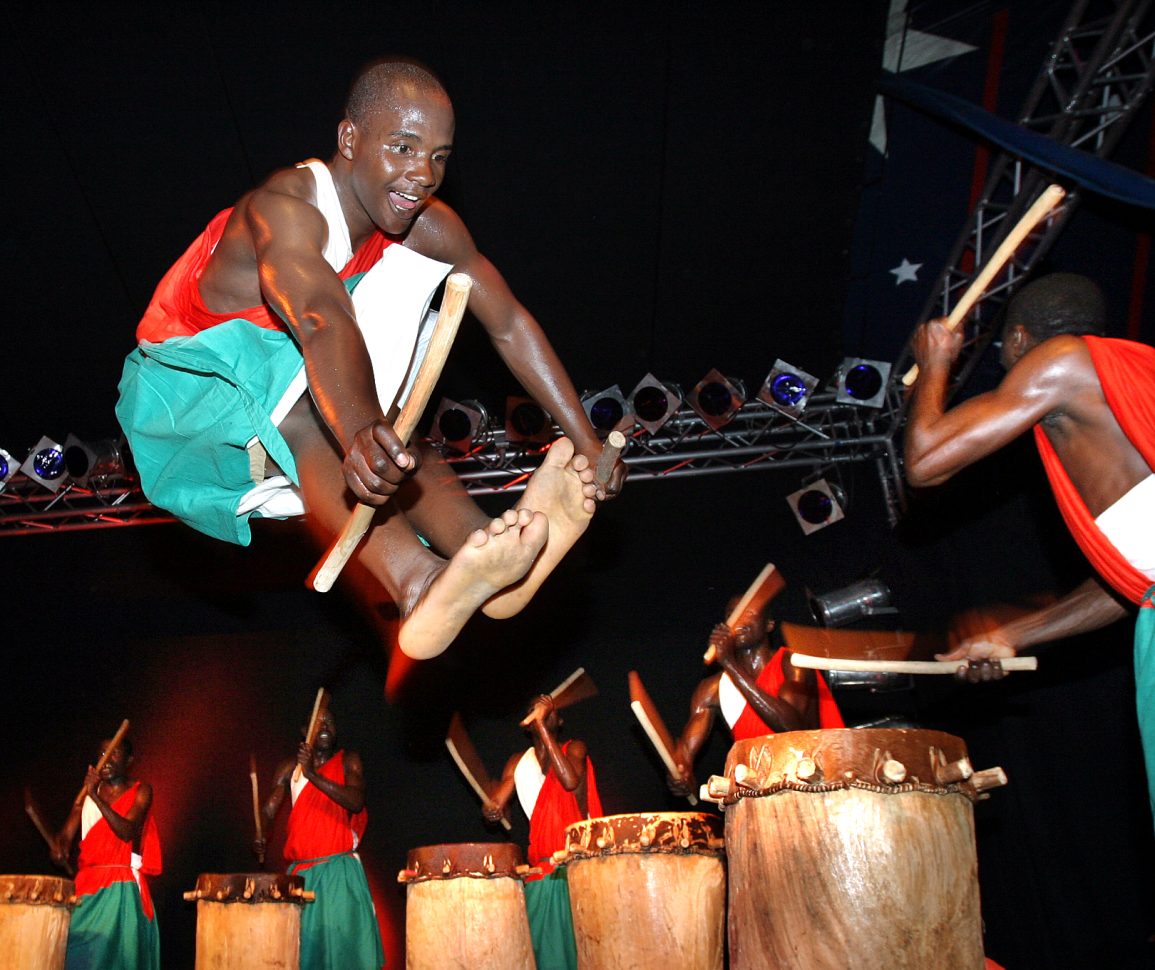 Their performances are a part of ceremonies such as births, funerals, and coronations of mwami (kings), stemming from the time that Burundi was still a kingdom. These rhythms are not only timeless, but also a truly powerful, hypnotic and enthralling experience. Joyful power so to speak.

Drums (called karyenda) are sacred in Burundi, and represent fertility and regeneration. For centuries the monarch’s rule and the people’s harvest have been accompanied by the thunderous and celebratory procession of Burundi’s drummers and dancers.

The drums made from hollowed tree trunks covered with animal skins. In addition to the central drum, called inkiranya, there are amashako drums which provide a continuous beat, and ibishikiso drums, which follow the rhythm established by the inkiranya.

The performance of the world famous Master Drummers has been the same for centuries, and their techniques and traditions are passed down from father to son. The members of the ensemble take turns playing the inkiranya, dancing, resting, and playing the other drums, rotating throughout the show without interruptions. At the start of their performance, the drummers enter balancing the heavy drums on their heads while singing and playing. They then perform a series of thunderous rhythms, accompanied by song, yells and exciting and athletic dancing, and exit the stage the same way, carrying the drums on their heads and playing.

Since the beginning in the 1960s, the Master Drummers have toured the world. And they are still going strong… 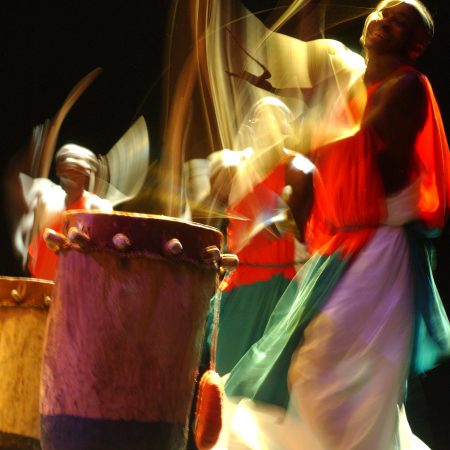 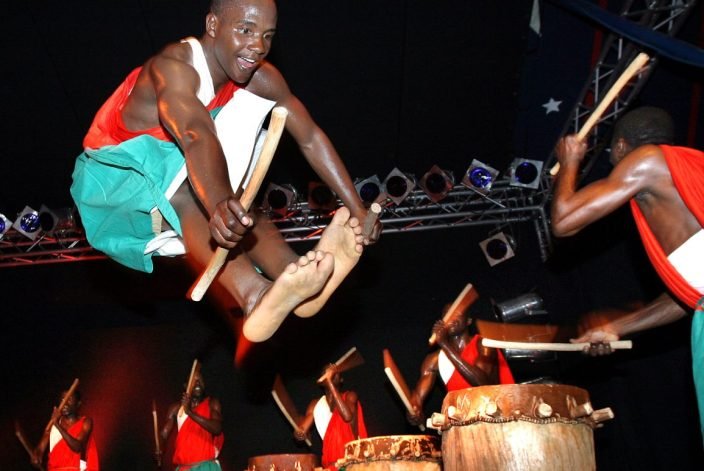