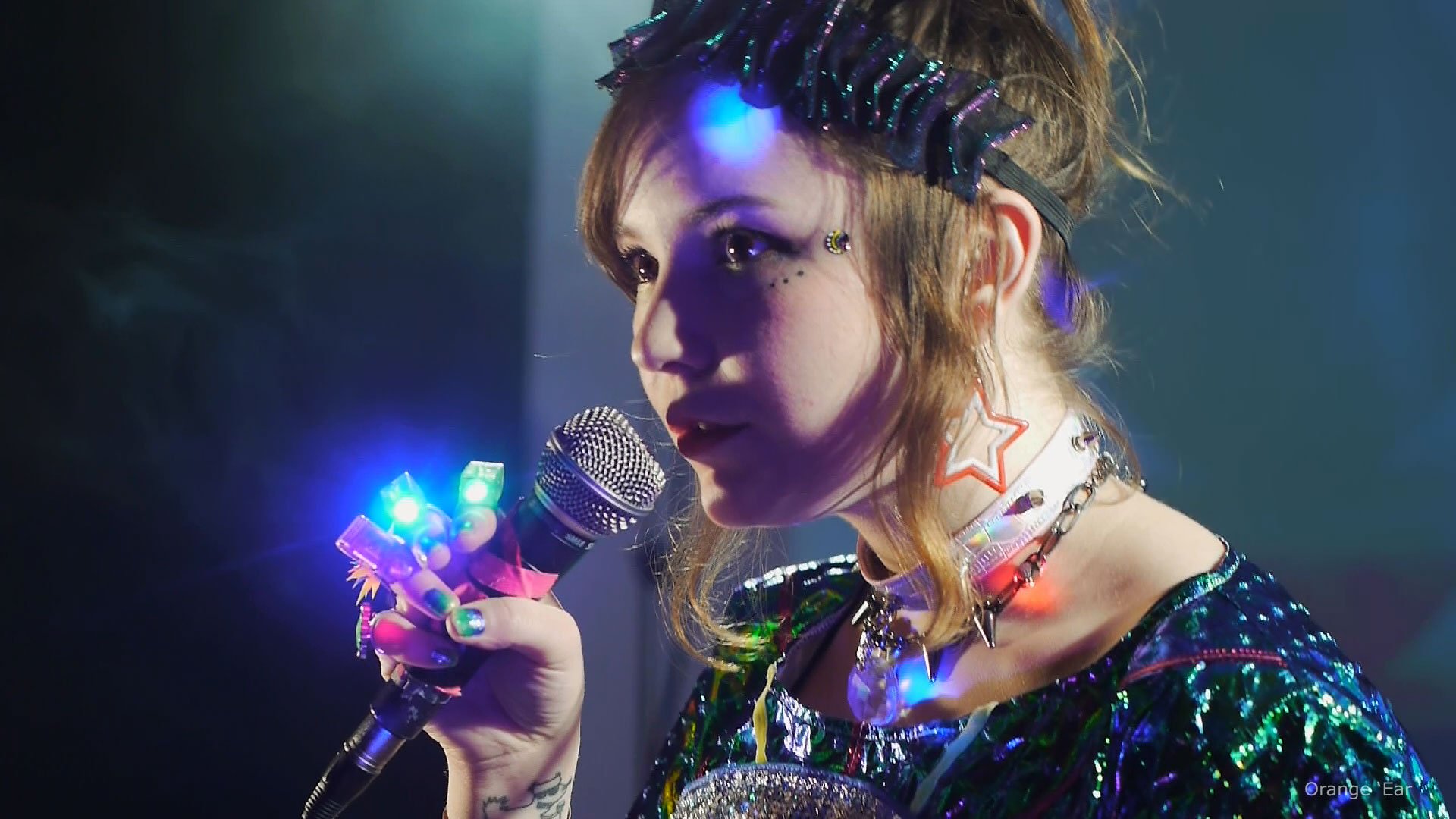 dj. flugvél og geimskip’s fourth record “Our Atlantis” (out January 18, 2019) is about your own personal choice to decide your own world view. Each and everyone of us lives to a large extent in the world we have created for ourselves, the music on the record ties together the vastness and splendour of space, the mysterious depths of the ocean, and the freedom to form our own opinions on the world around us. We are constantly surrounded by different ideas of what is the ideal way of life, but it is good to have in mind that we have a choice. Nobody can tell us what is “right”. No more that it is possible for anyone to tell us what Atlantis was “really” like. Is the tale of Atlantis a fantastical myth or historical legend? That is for you to decide!

In 2015 dj. flugvél og geimskip released her third album, Nótt á hafsbotni (Night at the Bottom of the Ocean), where the topic is the deep ocean. Her second album, Glamúr í geimnum (Glamour in Space) was all about the magic of space. Nótt á hafsbotni is a heavier album then Glamúr í geimnum but the beats are dancier and the melodies are influenced by Asian music, for example from India and Syria. The album won the Icelandic Kraumur Music Awards in 2015, was nominated as the Best Pop Album at the Icelandic Music Awards 2015 and received raving reviews from both Uncut and The Arts Desk amongst others.

“This is a seriously odd record: playful, genuinely quirky and essentially Icelandic electronic pop, Nótt á hafsbotni in fact channels everything from Suicide and Joe Meek to Grimes and J-pop.” – Uncut review 8/10

“Nott A Hafsbotni would be a wonderfully weird trip to an alien world in any language. In the sing-song lilt of unalloyed Icelandic, it’s sensational.” – The Arts Desk

“Despite being made up of a plethora of warm transients and analogue instrumentation, the album’s texture is unconventionally abrupt and irrational. After establishing tension, “Draugalestin” doesn’t exactly explode but rather writhes and wriggles, never allowing the listener to digest its nuances. “ -Line of Best Fit review 9/10  (Featured in The Best Fit Fifty Essential Albums of 2016)

“Utterly charming and hugely entertaining, she could have taught The Knife a thing or two about staging and The Flaming Lips that spectacle can also work on an intimate scale.” -The Arts Desk

Sometimes an artist’s recorded output cannot adequately prepare you for the experience of seeing them live, and Iceland’s dj. flugvél og geimskip is the perfect example. She bounces onto the stage looking like a cross between Lauren Mayberry and Björk, her pile of synths decorated with gold streamers and topped off with a colour-changing disco-ball-light-thing. What follows almost feels like a piece of performance art – dj. flugvél taking on the role of a bizarre storyteller, spinning wonky electronica into tales of evil cats, deals with the devil, spaceships, being cloned by aliens and I swear to God I’m not making this up. She’s quite clearly in a world of her own, but dj. flugvél og geimskip is very accommodating of visitors, so you might as well stay a while. -Drowned in Sound

“Her vocal register seem to suggest some kind of Middle-Eastern musical influence, the electronics some oddball J-pop influence, and the project as a whole suggests she’s possibly picking up some kind of outer-space influence. Memorable.” -The 405

“We dip in and out of a few other shows, but our final treat of this year’s festival turns out to be DJ. Flugvél og Geimskip, a slip of a girl who plays bonkers cyborg space music of crazily high-pitched vocals, glitchy dancing and ear-splitting electronics. It’s mystical, mischievous and entirely marvellous.” -Clash

“…there’s always something rewarding about seeing someone do exactly what they want.” -Dazed Digital

“…Absolute star dj. flugvél og geimskip is the musical equivalent of eating a box of the most sugary cereal, and the toy inside, and letting your senses spin wildly out of control. There is no higher compliment in my pop universe.” -London in stereo

“…dj. flugvél og geimskip seems to have been put on this earth to bring a smile to human faces. Her surreal world is full of encounters with strange creatures, this time including taking the audience to visit “a dog who lives in a trash can in India, and is so drunk that tonight he’s going to tell us his secrets.” -Reykjavík Grapevine 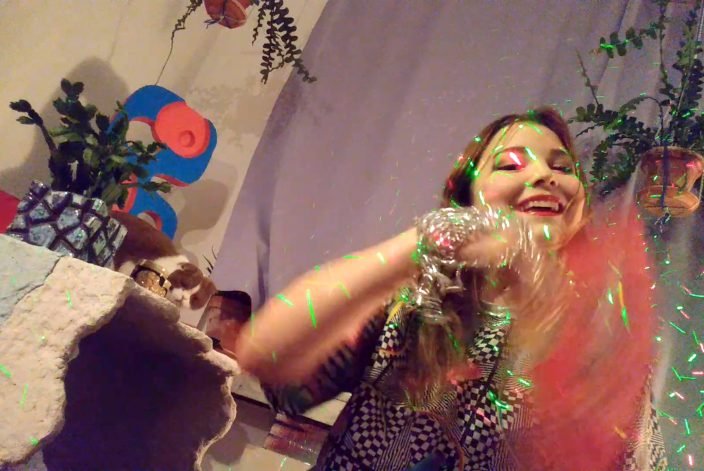 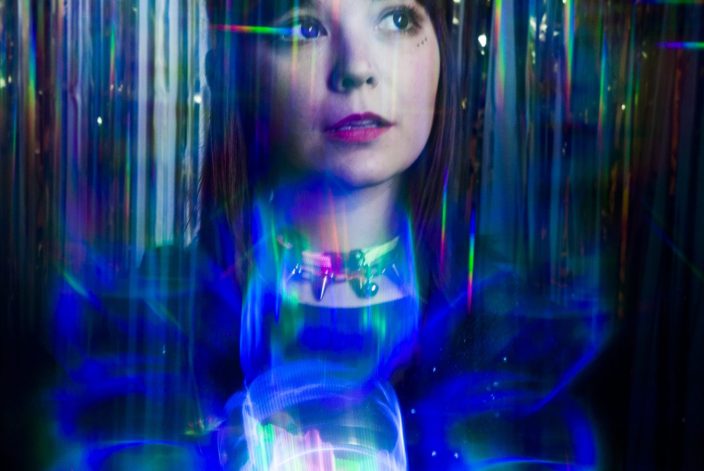 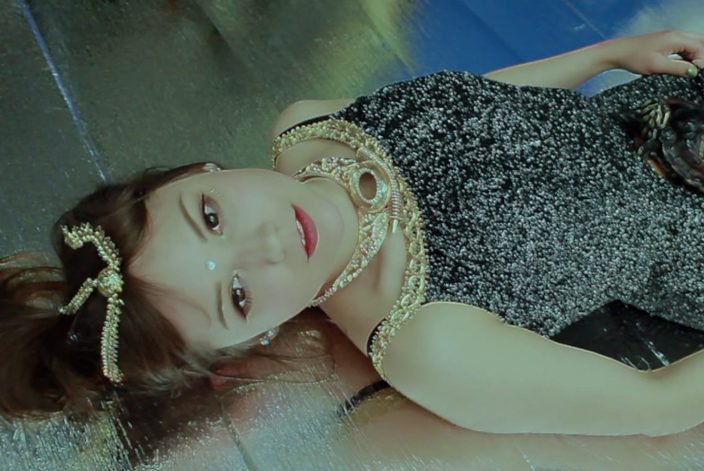