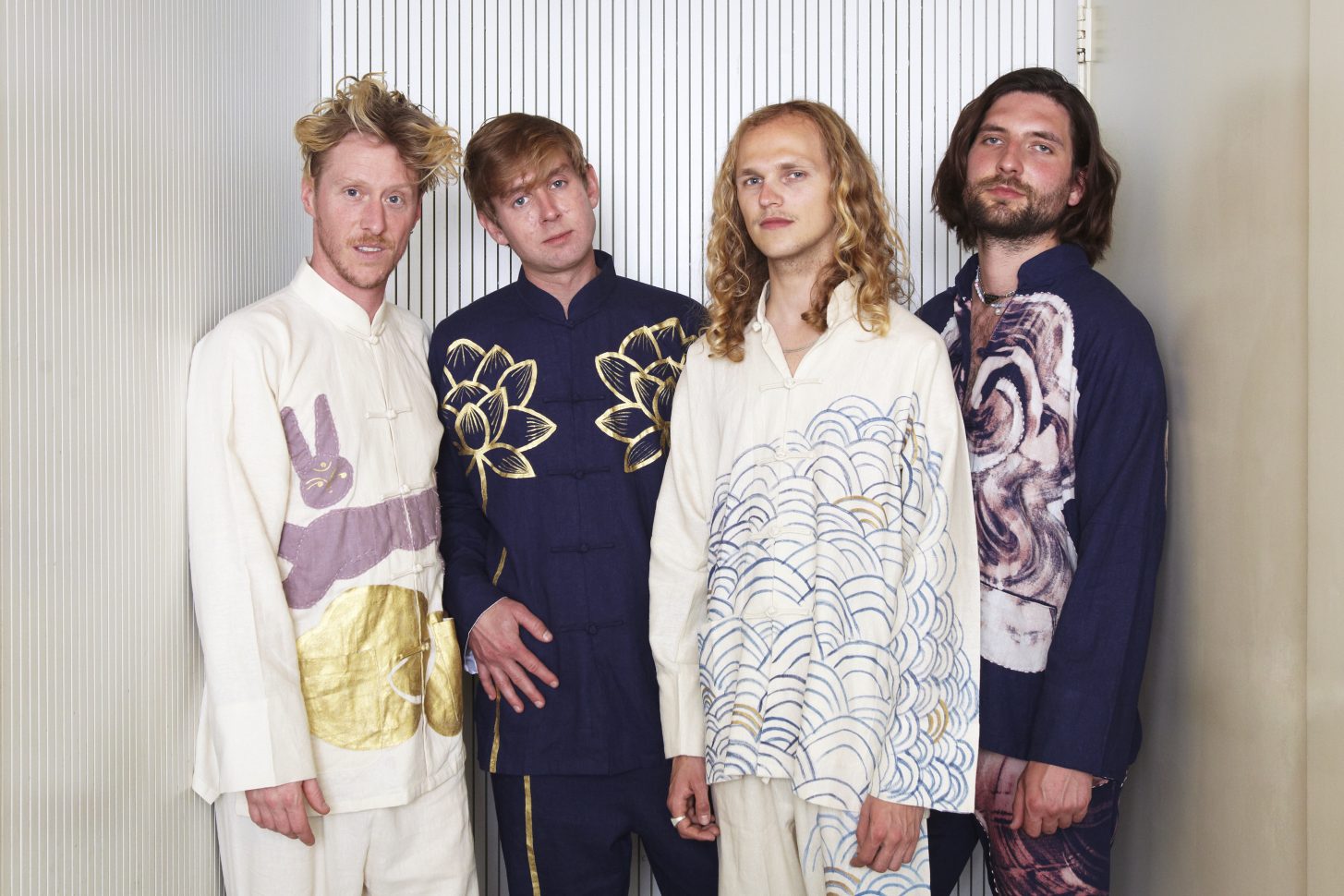 YĪN YĪN’s new long player, The Age Of Aquarius, is a simple, direct appeal to dance. It is
also a record blessed with a considerable hinterland; with cosmic time, long studio hours and
a determination to transcend the daily ennui of living in the Dutch city of Maastricht all
playing their part.

The beautiful, old and somewhat staid city of Maastricht, where the band is based, isn’t
really conducive to setting up a bustling music scene: and it’s a place where the outsiders
quickly recognise each other. YĪN YĪN are all “nightlife people”, which meant their friendship
initially came about through co-organising and deejaying DIY parties. Before the band
formed, none had carved out a conventional career, or done the “very Dutch thing” of
completing their studies.

Things started to move for real when founders Yves Lennertz and Kees Berkers decided to
make a cassette tape that drew on references to Southern and South East Asian music.
Once the idea was formed they wasted no time in taking “a lot” of instruments to a rented
rehearsal room in a small village near Maastricht. There the pair set up a couple of mics and
recorded a number of songs in three days flat.

We asked our musical friends to help us out, and from that night on we became a full band:
with Remy Scheren on bass, Robbert Verwijlen on keys and occasionally Jerome
Cardynaals on percussion.

Early 2022 YĪN YĪN had a major change in the line up when co-founder Lennertz left the
band and got replaced by guitarplayer Erik Bandt. With new energy the band conquered
stages across the continent.