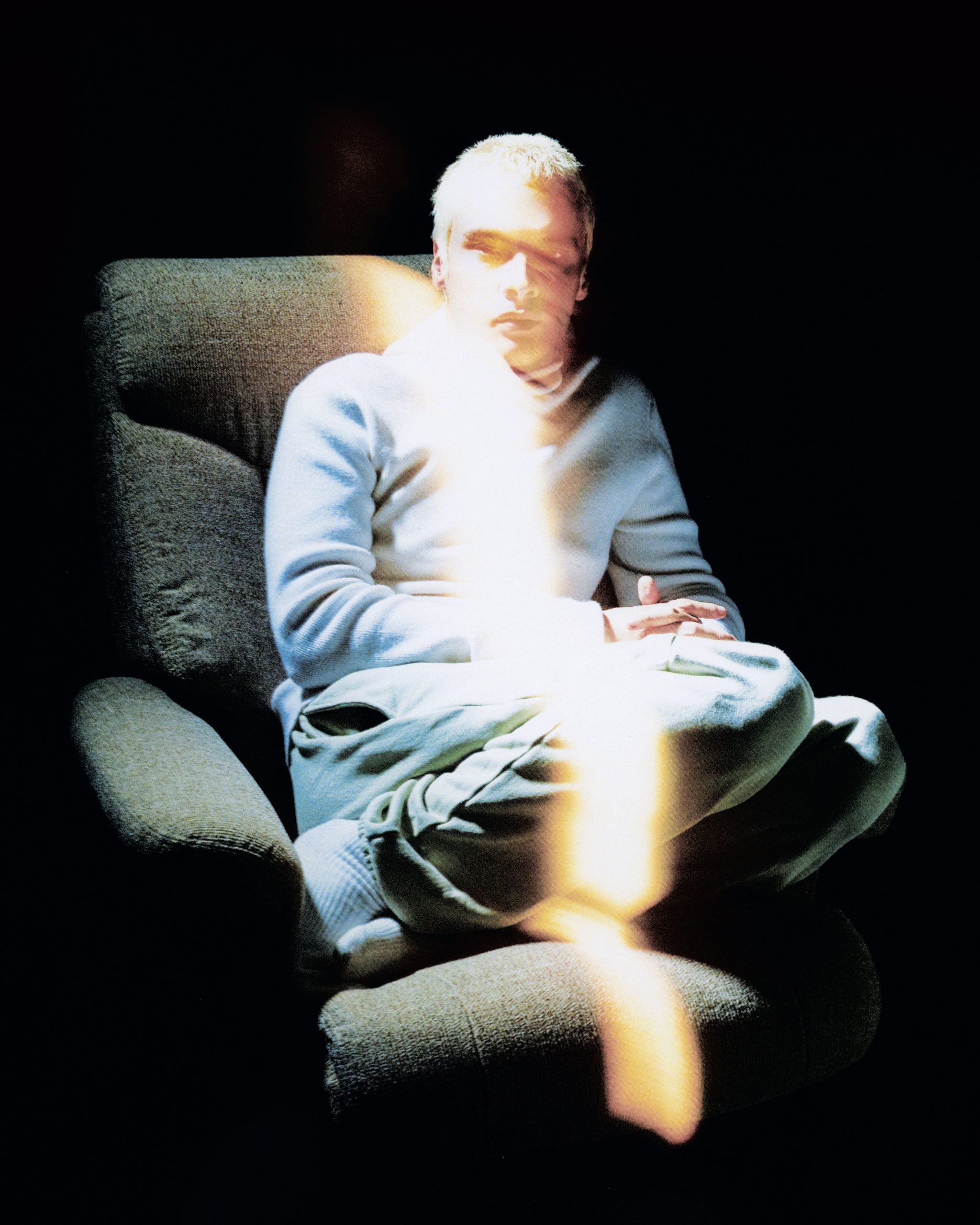 Bodega steps to the fore with his boundary-pushing solo work once again. Announcing his highly anticipated second album, Romeo, set for release in Nov 2021, he has shared the intimate comeback singles “Only Seeing God When I Come” and “Angel On My Shoulder”. These singles, the first taste of the record, allow a glimpse into Sega’s otherworldly production style that has made him such a pioneer within alternative, electronica and hyperpop spaces. Telling the story of a joyous relationship between Bodega and a mythical girlfriend made entirely of light, “Luci”, Romeo channels the whirlwind of emotions in early love through masterful break-beat and experimental electronica production, interwoven with ethereal synths and harmonising choral vocals. He joins up with lauded peers Arca and Charlotte Gainsbourg, who contribute features to the project, and through Romeo, uncovers a new level of intimacy and emotional depth in his songwriting. Appearing bathed in flashes of celestial light and pictured alongside the mystical “Luci” in the album’s accompanying visuals, conceptualised by Bodega
himself and close collaborator Aidan Zamiri, the news of Romeo has dedicated fans poised and ready for Sega’s new reckoning, a foot forward into the light for the multi-faceted creative.

2020 saw the release of Bodega’s debut album, Salvador, which has been lauded universally as a critical success. Salvador cut through the chaos of early 2020, exposing Bodega at his most raw and vulnerable, swirling emotional and psychological turmoil amongst his most experimental and hard hitting production work to date. What was initially a personal and intricate exploration into Bodega’s innermost thoughts has transformed into a treasured sanctuary for his dedicated fan base, striking a chord for the generational turmoil we’ve all experienced over the past year. Upon release, Salvador was launched with limited edition vinyl variants that were eagerly snapped up, selling out almost immediately, whilst the album continues to stream in the millions. Most recently, Bodega teamed up with Låpsley for intoxicating garage and trance inspired single “Make U Stay”, which was named Guardian’s Single of the Week, lauded with plays across BBC Radio 1 and 6Music and is now streaming in the multi-millions.

Bodega has, alongside his groundbreaking solo activity, been a crucial creative hand in countless projects
including the A&R and development of artists under his NUXXE label, and acclaimed production for artists including Oklou, Shygirl, Zebra Katz, Caroline Polachek and Dorian Electra. As part of the NUXXE collective he co-founded, Bodega was featured in 2018’s Dazed 100, a list of the most influential artists operating in art and media today. A keen soundtracker, Bodega scored Nike’s 2018 Jumpman advert, contributed music to Rihanna’s Puma x Fenty show at New York Fashion Week, and provided sound design for Brooke Candy and PornHub’s landmark I Love You, the first adult film to feature full-length gay, lesbian and trans scenes all under one title. Bodega’s production on NUXXE co-owner Shygirl’s ‘BB’ also claimed a spot being synched in a global campaign for Rihanna’s Fenty brand.

With a fanbase at the edge of a collective seat eagerly awaiting the new album, an ever-expanding list of creative endeavours and more to come for the rest of 2021 and beyond, Sega Bodega is poised to enter the pantheon of pop’s great polymaths.