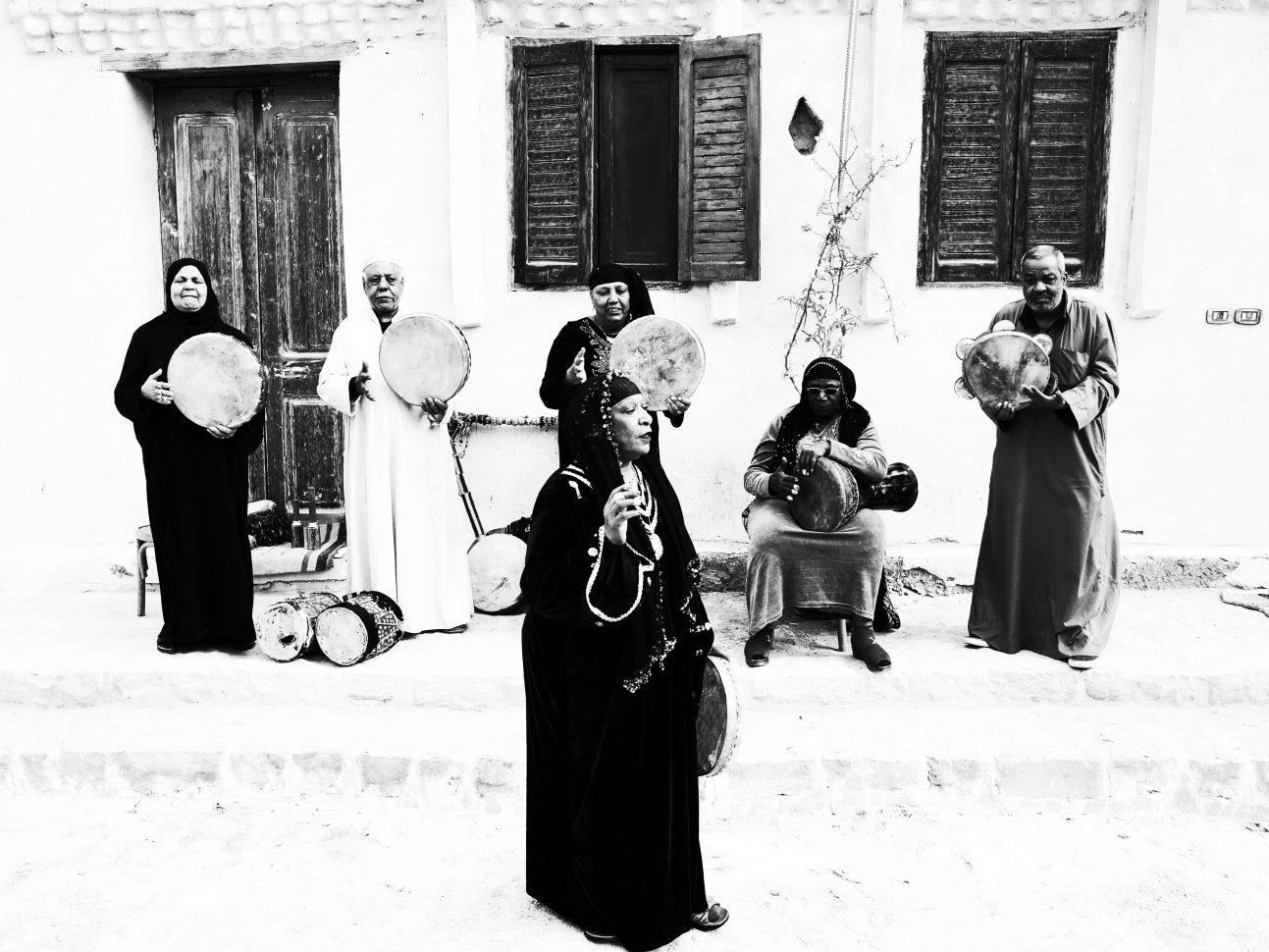 Zar is a community healing ritual of drumming and dancing whose tradition is carried mainly by women – men have the secondary roles – and whose main participants are women. The Zar is said to have originated in East Africa and, although its practice is disappearing in Egypt, the ritual flourishes in other parts of East Africa and in the Arabian Peninsula. Shunned by the religious establishment, the state and the official cultural elite Zar is a part of the underground culture. As such, it has survived as a sub-culture in its original form without any major interference. Many of the poly-rhythmic songs and chants are distinctively different from other Egyptian music traditions. However, the practiced ritual became limited in its content, many songs have been forgotten and and the practice of Zar in Egypt has nearly vanished. Not more than a dozen persons within greater Cairo still have knowledge of the musical legacy of the Zar. In the whole of Egypt only around 25 people continue to practice this knowledge and this tradition.

The ritual has been widely misconceived as a form of exorcism. However, the aim of Zar is to harmonize the inner lives of the participants. As well as drawing women who are seriously ill, the Zar is a space in which women can work out the tensions and frustrations of social constraints which limit their movements, their dress, their voices and even their dreams.

Communication with unseen spirits is driven by the insistent and varied drum rhythms and by the energetic movements of the participants in an intense rhythmic interaction which can lead to an altered state of consciousness and, even, trance. The experience can be cathartic, a physical and spiritual purification that leaves one calm and ready to face the world again.

A featured instrument in the Zar ritual in Egypt is the tamboura, the six-string lyre, which exists in various forms in a an area stretching across East Africa to the Arabian Peninsula and Persia. This sacred instrument is also pictured on the walls of tombs and temples of the Ancient Egypt.

Because Zar is a part of the underground culture, the music and songs have survived in its original form without any major interference. However, the practiced ritual has become limited and nearly vanished. Few musicians now make or play the tamboura and only Mazaher people all over the country still have knowledge of the musical legacy of the Zar

To attend a performance of Mazaher is very special indeed. It connects you to an very ancient, pre-Christian and pre-Islamic tradition. 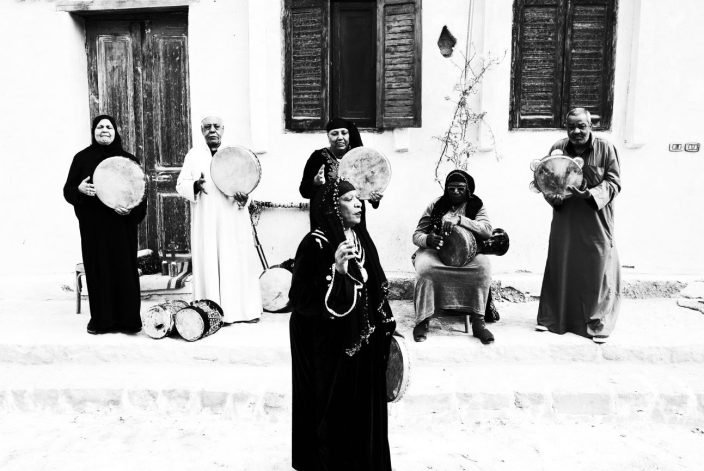