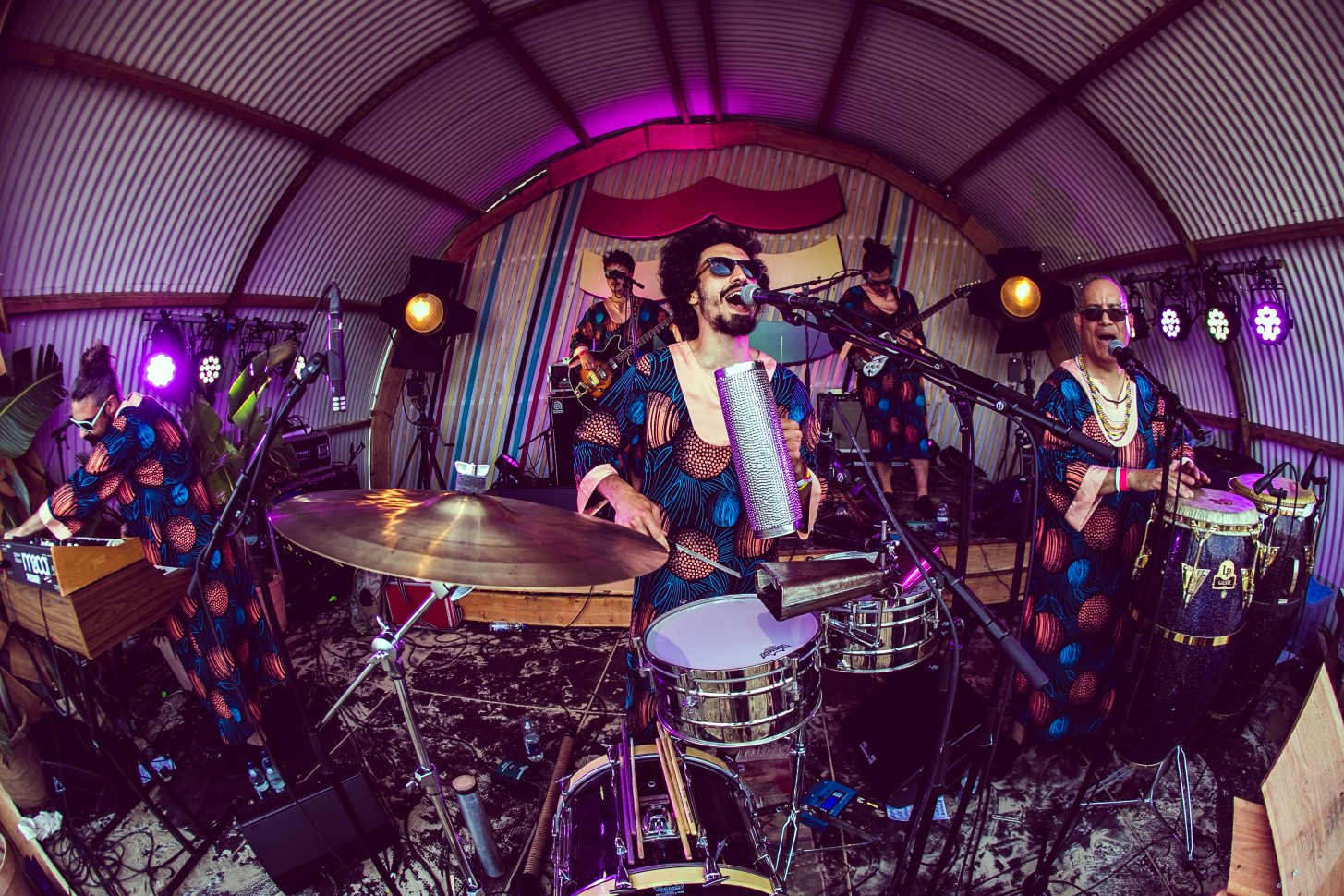 Conjunto Papa Upa is, first and foremost, the name of a grinding, pulsating, Amsterdam-based psychedelic dance band, which soars through the traditions of Latin music culture, incorporating Salsa, Afro-Latin and Caribbean rhythms. “Papa Upa” is also both a tune by the Cuban music legend and mambo innovator Arsenio Rodríguez and the name of a Venezuelan chewing gum that rotted kid’s teeth in previous decades.

This band sees Alex pursuing his musical heritage, the sounds of his Caracas youth, blaring from car radios, street parties, supermarkets, buses, his neighbour’s yard; the omnipresence of music in a big Latin city that powers the people of poorer neighbourhoods, who don’t have the luxury of aural privacy…

With Conjunto Papa Upa “groove is on top of the hierarchy”. There are no overblown psychedelic breakdowns, extended guitar solos or emotional sonatas; the band is all about rhythm, finding new ways to make legs, asses and arms move, and keeping the tension high. It is for this reason Papa Upa has touches of Brazilian and Angolan sounds too.

The astonishing thing is the band’s gritty sound (frenetic percussion, guitar, organ and bass) combines familiar elements people know and like in a way they have never heard (but will instantly freak out to): African and Caribbean rhythms, psychedelia, surf, samba, old school salsa, funk and sarcastic lyrics that cleverly portrait the complexity of the current socio-political situation in Venezuela.

The end result is an irresistibly danceable meld that manages to be vintage and futuristic, both scary and fun at the same time.

Their debut album Libre Para Amar was released by the New York label Names You Can Trust in March 2020, just at the start of the corona shutdown. 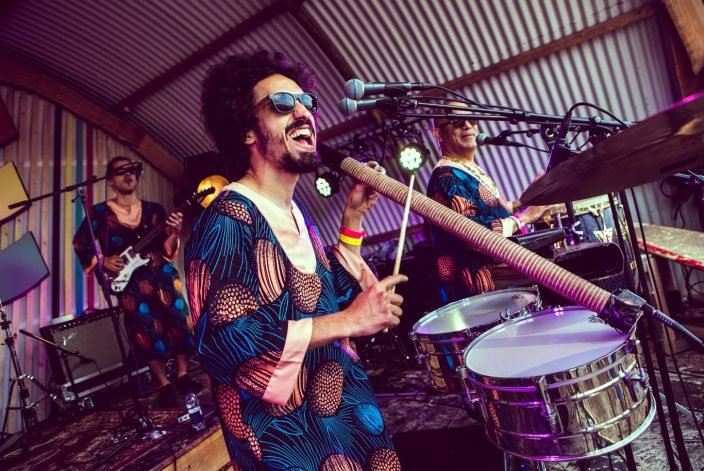 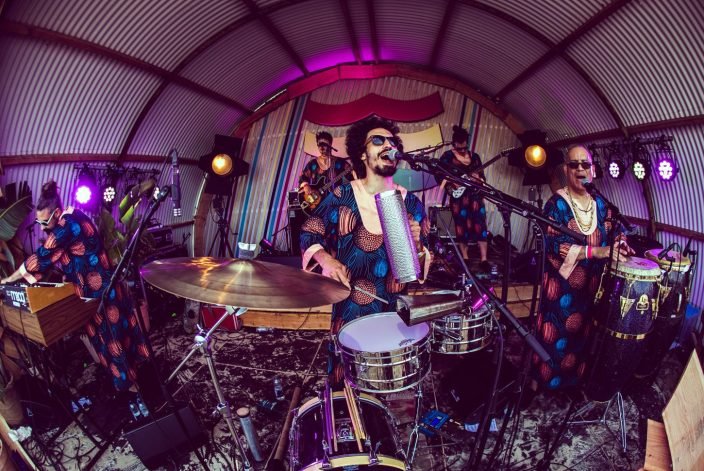